Baby Boomer Novels: A New Genre, the Next Phenomenon in Publishing 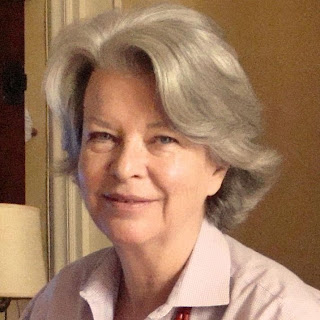 A new genre is born, a pendant to Young Adult (YA) literature, with one difference: Baby Boomer novels (BB novels) address "coming of old age" issues just as YA novels are concerned with coming of age.

The word age or aging used to scare marketers intent on promoting to the young, but no more. With a huge and growing market of some 70 million boomers - technically, all those born between 1946 and 1964 - Hollywood was the first to notice the change in its audience. Recent BB movies, such as RED, Hope Springs or The Best Exotic Marigold Hotel, have all been smashing successes.

Yet most movies are based on books and perhaps, historically, the first book that led to a hugely successful movie was Louis Begley's About Schmidt in 2002. The movie was only loosely based on the novel, but Jack Nicholson's star performance made it a memorable film. And it certainly opened the way to the new BB genre.

Since then, many BB novels have been produced without being, oddly enough, categorized as such by publishing houses. Literary conferences still tend to focus on the classical genres (romance, thrillers, sci-fi etc.) If they happen to aim at an age group, then they talk about YA literature (e.g. Publishing Perspectives’ YA conference in New York, 28 November 2012). People in the industry appear not to fully realize that YA has been around a long time and that the success of YA is largely attributable to the boomers themselves. Some forty years ago, when the YA craze started, boomers were just leaving their teens behind: it was the boomers themselves, interested in their own transition to adulthood, who provided the natural market for YA literature.

Now boomers have moved on. They are 55+, still vigorous and dynamic, and their interests have also changed. Fiction needs to follow and provide protagonists that deal with the issues of concern to them. Many writers have risen to the BB challenge and things are starting to happen:

a thread was started in September 2012 in the Kindle Fora for authors to list their BB titles and many have done so. Later, in November, a dynamic group was created in Goodreads by the author of a BB novel (Claude Nougat) to discuss BB novels with fellow Goodreads members.

Within just four weeks, the Goodreads Group had attracted some 50 members plus twice as many friends, and 16 BB novels had been listed on its bookshelf, many from well-known, bestselling authors, e.g. Anne R. Allen, Kathleen Valentine, Saffina Desforges, Rachel Joyce etc. Currently it is running a poll (until 14 December) with 8 titles put up by its members to select a BB novel to read over the Holidays. This exercise will be repeated every month.

The purpose is not simply to provide more exposure to the Group's BB novelists, though it does that too, but to give everyone, readers and writers alike, an opportunity to interact with the author and comment in a discussion thread. Everyone will have a chance to help in better defining what constitutes BB literature and thus play an active role in the launching of a new genre.

It is already clear that BB literature is like YA literature: it is a moving feast that can accommodate all kinds of sub-genres, from light comedy to tragedy, from romance to thrillers and more.

Anyone interested is welcome to visit the Goodreads group and participate in the debates to launch this exciting new genre: http://www.goodreads.com/group/show/81261-baby-boomer-novels-a-new-genre


Born in Brussels, brought up on three continents (Europe, Africa, America), Claude Nougat graduated from Columbia University with a Master's in economics.  In her busy working life, she followed in Jack London’s footsteps and dabbled at a wide variety jobs from banking to publishing, journalism, marketing and college teaching until she joined the United Nations (FAO, Food and Agriculture Organization in Rome), staying there 25 years working first as a project expert and ending her career as Director for Europe and Central Asia.
While working, she found time to write. Three of her books were traditionally published, two in Italian, one in English. Since she retired, Claude has published 6 books available on Amazon as ebooks and paperbacks: 4 novels ( A Hook in the Sky and 3 books in a New Adult series, The Phoenix Heritage) and two collections of short stories (the most recent: Twisted, Four Tales of Love and Hate). Also a selection of her poems are included in Freeze Frame, a poetry anthology edited by British poet Oscar Sparrow (publisher Gallo Romano, 2012 - available on Amazon).
Claude is the moderator of a fast growing Group on Goodreads discussing a new genre aimed at boomers: Boomer lit. She set up the Group's Facebook page athttp://www.facebook.com/BoomerLit and Twitter account (@BoomerLit). Her latest novel, A Hook in the Sky, is a prime example of Boomer lit.
Claude's painting career has so far consisted in 14 group shows and two one-man shows in Paris and Rome; she is a member of the Artistes Indépendants in Paris.
Claude maintains an opinion blog (20,000 pageviews/month) and is also active in social media, including Twitter Facebook, Google+, Pinterest and LinkedIn.
She is married to a Sicilian and lives in Rome.

A Hook in the Sky: http://www.amazon.com/Hook-Sky-ebook/dp/B0098MFGNM

The Phoenix Heritage (Flying in the Past, Book 1) : http://www.amazon.com/Flying-Past-Phoenix-Heritage-ebook/dp/B009HXHFMC

Posted by Linda Wood Rondeau at 2:00 AM

I agree with grholton - what an intriguing post, Claude- thank you! My just-completed novel about a BBoomer widow facing big change is raring to go into this new genre.

So glad you shared the info on Goodreads, and for the group you've formed.

I loved this post. A new genre--one I'm a part of. This has my creative juices over-flowing. I write primarily children's and YA books. What am I doing? I need to tap into this market. I am definitely going to follow this BB genre more closely. Thanks for sparking the ideas. Love the trailers too!
Michelle
Random Writing Rants

Great post, Claude! Blog readers, do come and join our group on Goodreads. This is a big, new trend in publishing, and it's exciting to get in on the beginning.

Thanks everyone for all the wonderful, supportive comments and of course my thanks go to Linda for having posted my article. I hope I see you all in our Goodreads Group, we are presently reading Michael Murphy's Goodbye Emily, a great read, I strongly recommend it!

Indeed, one remarkable discovery coming out of our Group is that most of the books on our Group's bookshelf are really excellent - I tell you, top quality, and I'm surprised myself! Mind you, we are not a mutual self-congratulatory society, not all books are probably as good, but most are...

And we are sufficiently critical to say the truth: last month's read turned out to have been misclassified as a boomer novel by its author and we all realized as we read it that this was not boomer lit! It's not enough for a novel to have some characters of boomer age in order to be classified as boomer lit.

So if you want to participate in the debate, make constructive comments, do come and join us!

Excellent post.
I've met some amazing OLDER authors and have been impressed by the life experience they bring to their work.

Have so enjoyed getting to know those who've begun a career in their sixties/seventies - GREAT STUFF coming from them too!

Thanks for sharing this.

I love the post. As a "geezer" myself who loves writing YA, I find the ideas posted here very exciting. Thanks, Linda and Claude.

I wrote my 1st novel as a geezer too. This is just my thinking, but the BB novels may come in several varieties, those looking backward, remembering first love, the time we grew up in ('50s & '60s) as well as stories about the transition to (shudder) old age.

Fascinating, informative post. I'm so excited to discover the BB genre. At last, I have a category for my novels.

The Pendant's Promise is a boomer story that has its orgins in the 60s during Vietnam and deals with how a boomer hands the appearance of a first love, whom she thought died as a POW.

I'm also excited to discover the Goodreads Group and hope the group moderators allow my novel to be listed in the library.

Thanks, Claude for sharing all the information.

Wonderful post Claude! Rather timely as well for me as well. As I complete my Wands Of Merlin series I will dive in full time to my new mystery series staring a retired New Mexico State Police Detective who now consults. He is set at the same age I am (63) so we can share a few aches and pains. lol
David

Thanks everybody for your interest and comments!

I do hope to see you all in our Goodreads Group - after discussing my own novel, we're onto Michael Murphy's Goodbye Emily and next month, starting 15 March, we'll read Marsha Roberts' Confessions of an Instintively Mutinous Baby Boomer! Come and join the debate, and if you're a writer, be sure to pitch your book at us so you can be included in our monthly poll to be selected as our monthly read! Plus we do all sorts of other cool things, come and see!

My next book includes an element of romance - between an older couple. Why should love be limited to the young?

I'm glad to see this new focus being identified as an up-and-coming genre.